Where Did Your Coffee Come From?

Here's a phrase you probably see quite often. Some of form or another of your daily coffee source assuring you that their beans are "Arabica". It's the most common type of bean used for coffee (the other being Robusta). But where did it get its name?

The plant species Coffea Arabica got its name around the 7th century when the bean was sent from Ethiopia to present-day Yemen and lower Arabia. Hence the term "arabica" refers to its origins.

The first written record of coffee made from roasted coffee beans comes from Arab scholars, who wrote that it was useful in prolonging their working hours. The Arab innovation in Yemen of making a brew from roasted beans spread first among the Egyptians and Turks, and later on, found its way around the world.
Today, over 2.25 billion cups of coffee are consumed in the world every single day. 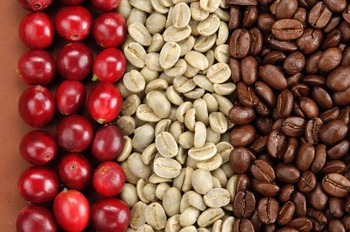 Did you also know that the word "coffee" originates from the Arabic word قهوة (pronounced qahwah)? And that other coffee-based drink, a mocha, is believed to have been named after a town in Yemen called Mocha (Al-Mokha) for one of two reasons: 1) Yemeni coffee beans have a chocolatey undertone and thus, the famous chocolate & coffee concoction is imitating this flavour profile or 2) the first time a coffee+chocolate drink was served was in this town of Yemen.

Share this story with your coffee-loving friends and leave a comment below about where you get your favourite cup of coffee!

Also in Bringing Worlds Together The Oldest University on Earth

The oldest operating university in the world, according to UNESCO, is the University of Al-Qarawiyyin (Al-Karaouine) located in Fez, Morocco. It was founded in 859 CE by Fatima Al-Fihri.